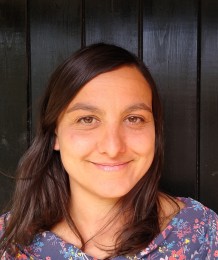 I’m a British literary translator working from German,  Russian and Arabic into English.

I mainly translate children’s books, adult fiction and literary non-fiction, with a particular interest in history and linguistics.

I’ve been a professional freelance translator since 2004 and have specialised in translating for the publishing industry since 2012.

I’m the translator of novels by Katja Frixe, Kathrin Rohmann, Hanna Winter, Yulia Yakovleva and Fadi Zaghmout, and of non-fiction titles by Germany’s best-selling nature writer Peter Wohlleben and cultural historian Ulrich Raulff (my translation of Raulff’s Farewell to the Horse was Sunday Times History Book of the Year 2017 and was shortlisted for the 2019 Helen & Kurt Wolff Translator’s Prize).

Please see my Publications list and browse my portfolio on this site for more details of the books, short stories, essays, plays, film scripts and other works I have translated or co-translated.

I’m a keen advocate of translated literary fiction and international children’s fiction (#worldkidlit) and am co-editor of the World Kid Lit Month blog.

I write reader’s reports and advise publishers on fiction and non-fiction books written in Arabic, German and Russian.

1999-2003 BA Hons (MA Oxon) in Medieval and Modern Languages and Literature (Russian and German) at St Hilda’s College, University of Oxford. Read my way through most of the 19th and 20th century German and Russian classics in the original, plus a good dose of early modern Russian (1100-1700). Knew I wanted to translate literature but didn’t realise at this stage that it could be a career. Starting pursuing freelance translation while on my third year abroad in Dresden and Moscow.

2003-2004 Postgraduate Diploma and MA in Translation and Interpreting (University of Bath; MA awarded after dissertation submitted in 2006).

2004-2009 Joined the UK civil service as a linguist, and immediately retrained in Arabic with an intensive course taking me to degree level in 18 months. Worked for 4 years as an Arabic translator and researcher, and in 2013 passed all three papers of the prestigious Postgraduate Diploma in Arabic Translation (Institute of Linguists).

2008 Publication of the first non-fiction book I contributed to as a translator: Kitezh: A Community Approach to Raising Children, by Dmitry Morozov. I have since translated or co-translated another 5 non-fiction books.

2012 Took part in New Books in German’s Emerging Translators Programme and completed my first paid commissions as a literary translator.

2013 Awarded a funded Arabic literary translation mentorship with Professor Paul Starkey via the BCLT (this is now run by Writers Centre Norwich). Joined the Society of Authors / Translators’ Association and had my first translations published in magazines such as Banipal and Words Without Borders.

2015 Publication of the first novel I translated, The Bride of Amman by Fadi Zaghmout (Signal 8 Press). Since then I have translated or co-translated 2 to 3 books per year.

2017 Translated my first novel for children: Apple Cake and Baklava by Kathrin Rohmann. Since then I’ve translated several other children’s books from Arabic and Russian, including my first Russian novel, The Raven’s Children by Yulia Yakovleva (out in September 2018 from Puffin).