This was another packed year. I translated from all three of my languages and had just the right combination of epic texts and teeny picture books, brain-aching art texts and pacey genre fiction. I’m glad I keep a detailed record of what I work on, because once I submit a project and get stuck into the next thing, I tend to forget what I worked on a few weeks ago let alone at the beginning of the year. 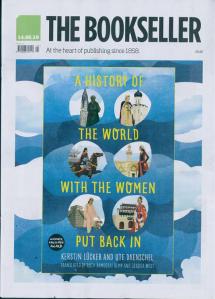 January and February were dominated by editing and proofreading my co-translation with Jessica West of A History of the World with the Women Put Back In. I was pretty exhausted after that mammoth book (which came out in September with a glorious full-cover fanfare in The Bookseller), but it was straight onto the next fiction project: a co-translation with Maria Kozlovskaya Wiltshire of Pyotr Vlasov’s magical Сказка о потерянной осени (The Forgotten Autumn). Together we have translated two of his middle grade novels and I hope to find time soon to resume pitching to publishers.

Spring and early summer were filled with the most challenging text I have ever attempted to translate: a new translation for Penguin Classics of Wassily Kandinsky’s On the Spiritual in Art. This art manifesto from 1910 is a text that turned everything upside down for me, making me doubt everything I thought I knew about translation, making me question my ability to read German or translate anything ever again. I needed a long summer off for my fried brain to recover; Kandinsky’s insane syntax and mind-bending metaphors were quite a battering. But it also stirred a ridiculous and perverse desire to translate all the Russian emigres who wrote in a weird adopted German (and indeed Arabic authors writing in German): I developed a smug sense of this rare capacity to read Kandinksy’s Russian through his mangled German. And I want to do more of this unpicking, playing with the innovative language use of other non-native writers.

My 2018 list was pretty thorough in covering all the books I (co-)translated which were published this year. One late addition was the lovely picture books for grown-ups,  Hundred: What You Learn in a Lifetime (by Heike Faller and Valerio Vidali, a co-translation with Günther Krumminga) which was unusual in that I worked on it and it was published in the same year.

In October I put everything on hold to take on a project I was truly honoured to be part of: I translated short texts by three German writers as part of a Guardian Review feature on the fall of the Berlin Wall.

In April, I had the lovely news that Farewell to the Horse was shortlisted for the 2019 Helen and Kurt Wolff Translation Prize: my first time on a shortlist, and very gratifying recognition of a difficult but marvellous text that I translated way back in … 2017?

It’s always scary and exhilarating to read critical reviews of your translations. There haven’t been many this year, but the one that touched me the most was Helen Vassallo’s review of Trees for the Absentees by Palestinian writer Ahlam Bsharat, which I translated from Arabic with Sue Copeland (Translating Women blog). This is a book that deserves much more attention than it has had, so thank you Helen!

In the early part of the year I seemed to do a lot of writing, including a Q&A for Comma Press blog and an interview about translating The Raven’s Children and Apple Cake and Baklava for Words and Pictures, the web magazine of the Society for Children’s Book Writers and Illustrators.

In October, I was host for a week of the rotation-curation community Twitter account, @translationtalk. It was a privilege to chat to a global audience about translated children’s books, professional development and training for literary translators, and the challenge of making a living as a freelancer in publishing. The thread I was most proud of (and which had the most interaction) was: What is literary translation anyway and why is it so badly paid?

One snowy evening in January, I took part in an event on pricing and quoting organised by our local networking group, the ITI Western Regional Group. Aimed at translation students and emerging translators, it was an opportunity to hear experienced professional translators (with me representing literary translation) unpack how we quote for a project, giving good and bad examples of quotes which worked out well in retrospect and others where the fee didn’t really match the time or effort involved, and what we would do differently next time. Besides my day poring over spreadsheets, preparing for this event was the first time I had really compared how much I earned on recent projects with how much time I had spent on them. I would be interested in making this an annual event or talking about quoting and contracts as part of an annual professional skills training event for literary translators (feel free to contact me if you’d like to co-organise something.)

Besides leading the Arabic workshops at Manchester in Translation, and the inaugural Warwick Translates summer school in July, I found a few more excuses to get away from my desk throughout the year with workshops at Cambridge Russian School, and Bath and Edinburgh universities. I chaired Translation as Collaboration: a panel discussion about co-translating fiction and nonfiction with Jessica West and Nashwa Gowanlock at Anthology Extended, a weekend of literary events hosted by Cheltenham’s independent bookshop, the Suffolk Anthology. I was reminded how much I missed teaching children when Danni and I ran a space race themed Babel Babies Russian taster day at Cheltenham Science Group to mark the 60th anniversary of the moon landing.

This year I delivered my first code-breaking and creative translation workshops in schools, after thinking about it for years and hearing about Sarah Ardizzone’s work with Translators in Schools and Translation Nation. With huge help from Sarah, Sam Holmes, and several inspiring training days and a symposium hosted by the Queen’s College Translation Exchange and the Stephen Spender Trust, I started planning workshops for younger learners, as part of a funded scheme launched by SST called Creative Translation in the Classroom. A group of translators are partnered with primary and secondary schools in Buckinghamshire and Oxfordshire, to develop and run a creative translation workshop and a follow-up project as a means to embedding translation as a sustainable and repeatable classroom activity with various goals including creative writing and literacy. 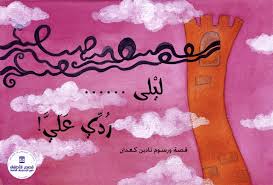 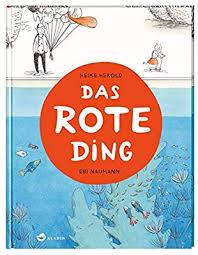 Then in November I ran my first German workshops for years 5 and 6 (primary key stage 2), decoding and rewriting a lovely German picture book in verse (Das rote Ding / The Red Thing, by Ebi Naumann and Heike Herold). In all of these classrooms, none of the students had any prior knowledge of German or Arabic, but structured activities and the illustrations helped them to decipher the texts, compose their own translation and even rewrite their translation in rhyming couplets. I’m thrilled at how well the workshops went, proving that with the right support anyone can translate anything, and can have a lot of fun doing it! Not to mention also learning heaps about language and writing skills in the process.

2020 will see the publication of a couple of my translations: The Magic Story Shop in UK and USA (OneWorld), and my translation-in-progress Kleine Gasse, Grosse Wirkung (Tiny Particles, Major Impact), a fantastic infographics/illustrated science book about global warming and climate change.

I’m working on an extended sample of a translation I started long ago – The Ungrateful Foreigner by Irena Brežná – and there are a couple more book contracts in the pipelines.

I’ll be speaking about children’s books at London Book Fair, teaching at Warwick Translates again (dates of both to be confirmed asap) and hopefully running more workshops in schools. The Stephen Spender Trust project, funded by the Rothschild Foundation, continues in 2020 with me returning to the schools I was partnered with, to develop spin-off project ideas inspired by the Red Thing workshop, including writing a sequel to the picture book, and exploring poetry translation and an introduction to the Stephen Spender Prize for Poetry in Translation.

In January, I’ll be doing something completely new to me: talking about translation and publishing at The Drax Files Radio Hour, a book club in virtual reality (Sansar). All I know is that it’s on Friday, Jan 24, 5:00pm – 6:00pm GMT, and that Drax is awesome and a curious, thoughtful global reader. But I don’t know yet how I become a virtual reality version of myself or what my avatar will look like. I hope my partner in crime and much more VR savvy friend Jessica West will be joining me!

From January, I’m resuming my old post as visiting Arabic teacher at Cheltenham Ladies College, teaching a few one-to-one sessions two mornings a week. And in February I’ll be in the classroom again but as a student this time, as I was lucky enough to have been offered a place at the fully funded Tarjem Arabic-English translation workshop in Sharjah, co-hosted by the British Council, New Writing North, Kalimat Group and Sharjah World Book Capital.

I hope to spend a bit of time throughout the year raising the profile of September: World Kid Lit Month, as well as perhaps a couple of evens about translated children’s books for World Book Day and Refugee Week. If I can get my act together in time I might finally make it to Bologna Children’s Book Fair.

I’m also hoping to raise quite a lot of money for charity in 2020, so any money I earn from ad hoc talks and workshops will go to my appeal, Fundraising at 40. The charities I’m collecting for are Al-Sama Camphill Project in Palestine; GARAS (Gloucestershire Action for Refugees and Asylum Seekers); International Rescue; Hands Up Foundation; Trees for Cities; War Child UK. Besides workshops and plant sales (half of my office becomes a nursery in the early spring), I’m hoping to organise a fundraising silent disco or two, so follow me on Twitter for more details. Come and join me on the dance floor!

Literary translator from Arabic, German and Russian into English View all posts by Ruth Ahmedzai Kemp